Ward Officers: The Bellman would ring out the hours:

In consequence of complaints from residents, an Inquest Jury of Portsoken Ward was held on November 25, 1847, when the Court proceeded in two divisions to inspect the state of the ward as regarded the cleanliness and drainage of the several courts and alleys; that, on reassembling, the Court reported that several of the courts, yards, and alleys, particularised by name, were in a filthy state, dangerous to the public health; that some of them were undrained; that the privies in general were in a disgusting state; that in one house, two or three yards from one of the said privies, a man named Allen had been ill of fever and died at the Fever Hospital; that the corpse was brought back to the said house and waked according to the Irish custom, and kept eight days uninterred; that within a short time the man’s mother, wife, and child died in the same house; that on the opposite side of the court two poor women were severely ill, and that the medical gentleman who attended this district (Mr. Baller) had also died of fever caught by his attendance on these poor people; and that the general appearance of the inhabitants was squalid and unhealthy. It is further stated that on the reassembling of the Court on November 30, 1847, the foreman reported that he had, accompanied by several members of the Court, made the presentment to the Court of Aldermen; that he felt it to be his duty to represent to the Court that two more deaths had occurred in the locality referred to within three days after the examination by the ward inquest, and he urged upon the Court the necessity for immediate abatement of the nuisances. Thereupon, the presentment having been received by the Court of Aldermen, it was referred to Mr. Alderman Moon to investigate and report again to the Court; who did report to the Court to the following effect: namely,that “it having been referred to him, as Alderman of Portsoken Ward, to make inquiry into the statements in a paper presented by the inquest of the ward, complaining of the existence of horrible nuisances in several of the lanes and alleys in that crowded and indigent neighbourhood, he had paid immediate attention to the subject; that he had certainly had to encounter not a little in the revolting adventure upon . he considered it his duty to go ; and that all he could add upon the subject was, that HE was Astonished How ANY HUMAN BEINGS COULD CONTINUE TO EXIST IN THE MIDST OF SUCH ABOMINATIONS AS HE WITNESSED IN THE PERFORMANCE OF THE MELANCHOLY DUTY.” On the same occasion it was stated by Mr. Nell that he had brought all these facts under the notice of the proper officer two years ago, but that all his representations were totally unheeded. Notwithstanding such accounts of the state of numerous places within their jurisdiction, brought under their notice officially and most earnestly by members of their own body, the City Remembrancer declares that “the whole City of London is well and effectually drained, and a complaint is scarcely ever made of any inconvenience from smell;” and the City Commission of Sewers has persisted in affirming its deliberate conviction that “the City of London, for effective drainage, cannot be surpassed.” What confidence can be placed in an authority which requires or allows its chief officers deliberately and repeatedly to make such unwarranted assertions?
Posted by Latinum Institute at 09:59 No comments: 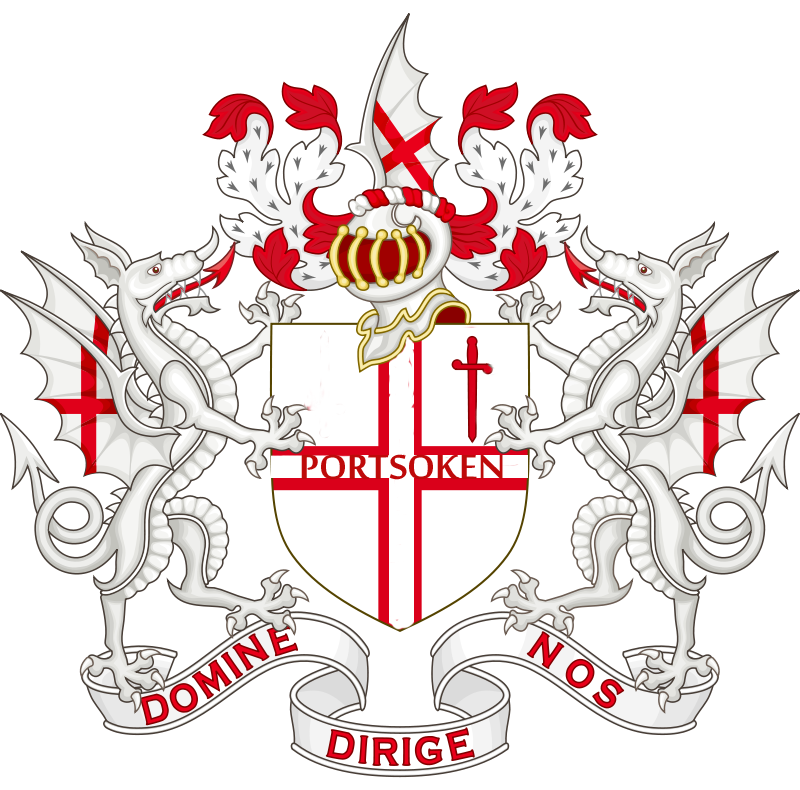 Posted by Latinum Institute at 04:13 No comments:

Ward Meeting Resolutions in the City of London


This page will be updated as more information on the annual ward meetings is located:

I believe it is useful to see how our fellow wards do business,and how they interact with the Common Council.

Minutes of all ward meetings, City of London 2011

The Form of Ward Meetings - an investigation.

What kind of resolutions were put at Ward Meetings? Here is a selection:


PUBLICATION OF THE BUSINESS OF THE MEETING
As the Ward Meetings and Wardmotes were invariably published, we have good records: Almost every ward meeting I have seen, up until as recently as 1891, ends with a resolution along these lines:
"That these resolutions be signed by the Chairman, and published in [named paper]."

Thanks to this, we have a wonderful repository of highly instructive material.

REQUISITION OF THE MEETING
A vote of thanks was given for convening the meeting in response to its being requisitioned.
"That the thanks of this meeting is given to the Chairman for his ready compliance with the requisition of this ward, and for his impartial conduct at this meeting".

Here is a requisition notice from 1832:
On Monday, a Meeting of the Inhabitants of Vintry Ward took place at Cutlers' Hall, in consequence of a Requisition, signed by the most wealthy and influential gentlemen of the Ward.

December 27, 1814 Ward of Farringdon Without
"At a numerous and respectable Meeting of the inhabitants of this ward, pursuant to a requisition, "to consider the propriety of petitioning Parliament against the continuance or the renewal of that partial, oppressive and inquisitorial tax upon income, commonly called the property tax"
How many people are needed to requisition a meeting of a ward common council meeting (wardmote)?
One assumes, the same number as required to requisition the Court of Common Council at Guildhall.
John William Abbott, 'A History of London'.

VOTE OF THANKS TO THE CHAIR
It was usually customary to thank the chair.
"That the thanks of this Wardmote/ Ward Meeting be given to Alderman X / the chairman for his impartial conduct of the business of the day."

VOTE OF THANKS TO THE OWNER OF THE PREMISES
It was customary to thank the owner of the premises where the meeting was held:
"That the thanks of this meeting be given to So-and-so, for his ready compliance in allowing the use of these premises to the inhabitants of the Ward."


The Ward of Farringdon-Without had six large Precincts. Each precinct was virtually an autonomous sub-ward: Each Precinct had its own Precinct-Clerk. Four precincts had their own precinct-beadles. Five precincts had their own inquest juries, with 12 to 15 people on each jury. There was one wardmote, and one ward inquest,which made formal presentments, and these met monthly right up to the mid 1800s.  Each precinct had its own precinct inquest, which perambulated the precinct weekly. Indeed, one of the precincts even had sub-precincts. All of these division were customary.

In 1799 there is a curious resolution from Farringdon-Without
The content of the resolution from the wardmote is not so interesting: What is odd, is the reference to
"The Common Council of each Precinct".
In other words, the ward precinct committee (presumably?) is here referred to a Common Council.

Farringdon Without. At a meeting of the alderman and common council of this ward, at the inquest room in Saint Andrew's church-yard, on Wednesday, December 11, 1799: ... Resolved, that the common council of each precinct do give such directions to the watch and constables to attend their duty, in order to clear the streets of prostitutes.

What is clear from the wide variations across the City from ward to ward, in the way the local government was set up in each ward, is that these were matters that lay in the power of the inhabitants to dispose of as they saw fit - and not for directives from Common Council.

Thus I maintain that the residents of our ward, if they wish, are free to set up once again representative committees within the ward for local self government.


Posted by Latinum Institute at 06:56 No comments:

Minutes of a Ward Meeting from Dowgate 1792

It is instructive to look at how Ward Business was conducted in previous times. I have found a large amount of material related to Ward Meetings,right through to 1900. More recent examples can also be found.

The historical examples are helpful: they tell us things like
1. The usual size of a quorum for a committee appointed at a Ward Meeting. (usually, the working is "at least three are empowered to act"
2. The wording of the Notice of Meeting.
3. The wording of resolutions.
4. That resolutions may be published.
Here is an example from 1792,  Dowgate Ward:

Posted by Latinum Institute at 06:20 No comments:

There is no one place to look, to find out the various powers that yet reside in the Court of Wardmote. 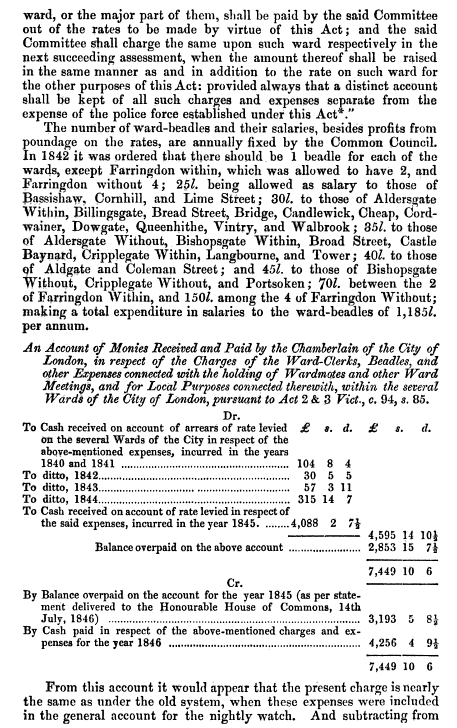 Power of a Ward Meeting to resolve that the proceedings be publicised:
I had thought that this power had been removed in the mid 1880's, but I see it in force in a resolution dated 1891 from Castle Baynard Ward,
"The proceedings of the meeting were ordered to be advertised in the 'City Press'"
That was for a general Ward Meeting.
This appointed a committee, which in turn appointed sub-committees.

At the following wardmote in Castle Baynard 1891, there was also a resolution put that the proceedings of the wardmote were ordered to be advertised in the 'City Press'.

I presume that was some kind of fore-runner to our modern "City A.M."
Here is the source document containing the full wording of the resolution
Posted by Latinum Institute at 09:09 No comments:

An interesting wardmote resolution, that relates to the constitution of the City of London, was passed by a Court of Wardmote in the Ward of Farringdon Without on December 14th 1849:

"That the Corporation of the City of London embraces, according to law and ancient right, all the commonality of the said City who have been occupiers within the said City for the space of a year and a day; and it is the duty of all the said commonality to take part in all that relates to the welfare of the said City, and to discharge actively,of and within themselves, the functions which belong to them as members of that Corporation."
Posted by Latinum Institute at 03:51 No comments: